The Jodenbreestraat ("Jewish Broad Street") is a street in the centre of Amsterdam, Netherlands. The street connects the Sint Antoniesluis sluice gates to the Mr. Visserplein traffic circle. The street was home to the painter Rembrandt. Philosopher Baruch Spinoza was born in a house that stood on the spot where the Mozes en Aäronkerk church now stands.

Rembrandt lived in this street from 1631 to 1635, at the home of art dealer Hendrick van Uylenburgh, and again from 1639 to 1656, in his own house, built in 1606 and standing today. It now houses the Rembrandt House museum. The street was also popular with other artists, such as the painter Esaias Boursse, who lived next door to Rembrandt. 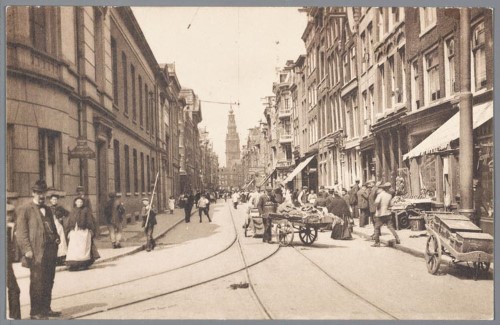